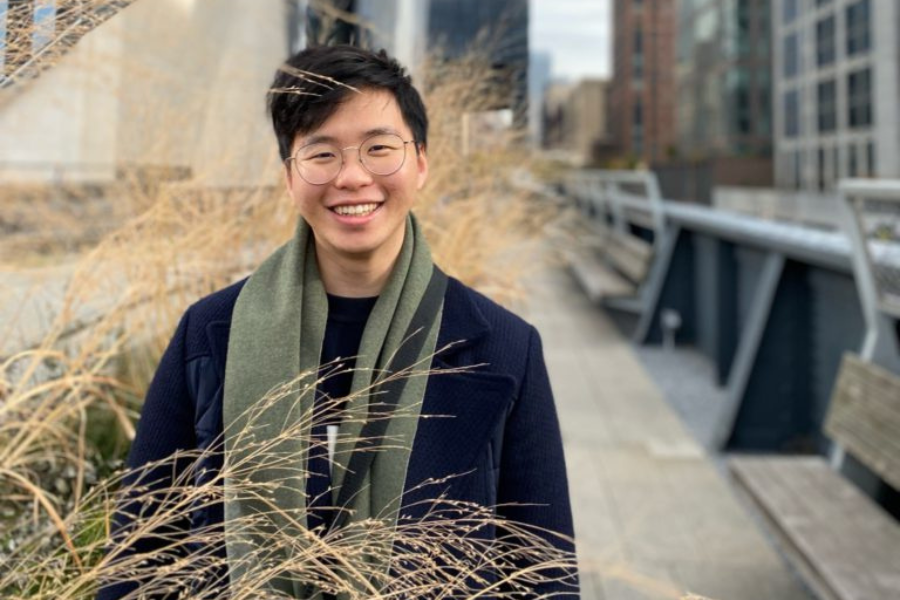 Joseph Lim is a third-year student at Tufts University majoring in International Relations and Film and Media. An international student from South Korea, he attended Tufts for two years (2017-2019) before returning home to complete his mandatory two-year military service (2019-2021). Now back on campus, he reflects on the transition from military life to school life and how he’s preparing for a career in NGOs in the U.S. or South Korea.

In the military, I had a good career. I was a popular military barber and I got second place at a national military speech contest. I felt fulfilled reading Japanese novels, Chinese history books, or biographies of famous people in my free time.
But when I got out in April, I actually didn’t know what to do. My life was so regimented in the military. With all this freedom, I felt very uncomfortable. Moreover, I got onto social media, and saw my peers out and about, traveling, eating and living knee-deep in their professional careers.
My female friends had finished two years of college, some getting their first jobs by the time of my discharge. My peers seemed to live a more accomplished life. As for me, I was now unemployed.

What helped you move on from that period?

At dinner one night, I broke down in front of my parents. My parents consoled me, prodding me to rest, read and reflect before the school semester began. While at home, I came across books about North Korean defectors and found myself getting deeper and deeper into my studies of North Korea. There were days where I’d compile databases of North Korean missile tests or the history of North Korea negotiations. I later sent an email to an expert on North Korean studies at the Fletcher School, named Professor Lee Sung Yoon, asking if I could take his course. I’m now taking a second course with him and am a member of a North Korea working group club.

How was going back to campus?

Before going to campus, I felt like nobody would’ve remembered me. I felt like everybody else that I knew had moved on, already graduated, or in their senior years – that I’d be starting all over again.
That turned out not to be true. The people I met at Tufts, even underclassmen who I had interacted with just a few times, welcomed me back on campus, saying, “Hey, we should catch up.” My professors are the kindest people. Experiencing the COVID times firsthand, they had a general sympathy for students. That sympathy and understanding really helped me as well.

What were some of the challenges transitioning back to school?

One difficulty was, although I had a general purpose in helping North Koreans, I didn’t know how to translate that academically, or how to make a career roadmap for the next two years.
When it came to career advice, I realized that I have to ask mentors. At first, I was very reluctant. I was uneasy about this because I felt like approaching a person for networking was ingenuine. I was worried I would give the person the impression that I was using them for my own personal reasons, rather than just getting to know that person for who they are.
I was surprised to learn that it was normal for career professionals to have students come up and ask about their careers. I’ve learned to accept that networking is a legitimate type of relationship.

How has your university been helpful in your transition?

The most helpful place was the career center. My Tufts career advisor introduced me to a networking platform called The Herd. I was looking for people working at news organizations and found many Tufts alumni who did. I recently talked to a journalist at Business Insider through The Herd, and got good tips on marketable skill sets and valuable industry experience stories
. Besides that, the career center provided good career advice, resume feedback, and introduced me to great scholarship opportunities.
So much of the career advice I got came from my informal networks, like my North Korean student working group. Many students there worked specifically for NGOs and think tanks, working directly or indirectly on North Korea issues. I would ask them about job prospects and relevant skills.

How are you thinking about the rest of your Tufts and post-Tufts career?

My goal is to go to CSIS – it’s one of the biggest think tanks in the field of East Asian conflict resolution or conflict analysis. It’s an organizational structure that can support having interns, and can potentially support their visa status like H1B1.
I don’t know if I’ll go international, but I’d love to. There are opportunities in South Korea as well that are perfectly legitimate, maybe that will even lead me back to the U.S.

Any parting words of advice?

If I could tell something to pre-transition Joseph, or for people who’ve just got out of the military, I would say, “don’t worry.” There are resources available and there is a community waiting for them to reach out to. It’ll be okay. 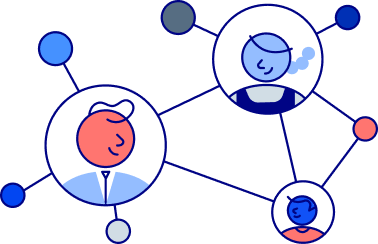 Jennifer Wang | From Taiwan to Tufts to Dassault Systèmes

Jennifer Wang Business Planning Specialist at Dassault Systèmes Jennifer is originally from Taichung, Taiwan and graduated from Tufts University in 2020 with a Bachelor’s degree […] 7 Mistakes to Avoid as a New International Student in the U.S.

Going to the U.S. for school is an exciting experience, yet studying in a different nation in new surroundings can lead some international students to […]